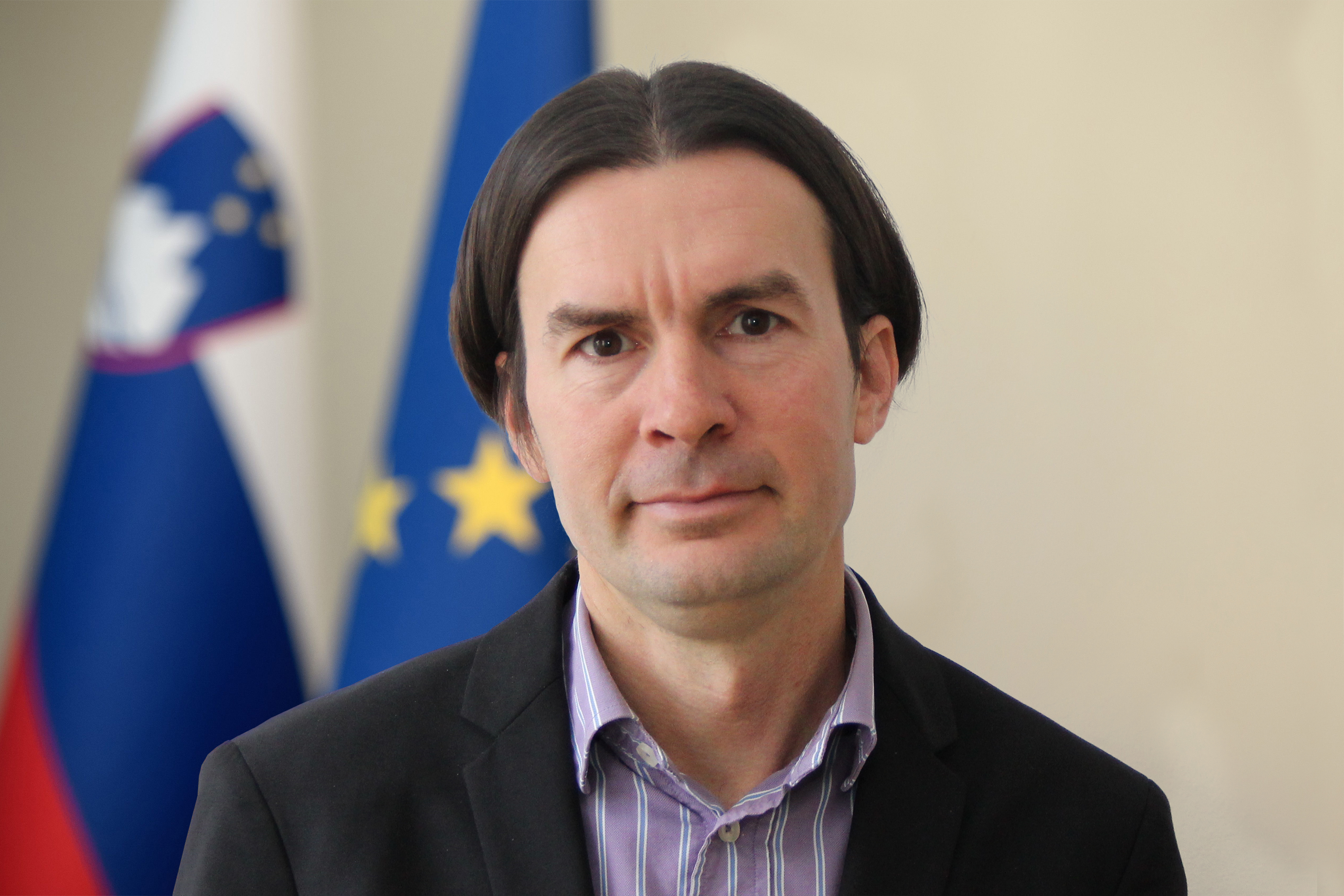 Mag. Uroš Urbanija was born on 21 December 1975 in Ljubljana. He holds a university degree in Slovenian language and literature, as well as journalism, and obtained a master's degree in older Slovenian literature in 2005. From 2002 to 2007 he worked as a lecturer of the Slovenian language at the Sapienza University in Rome, and also as a correspondent for the Družina weekly. From 2007 to 2010 he was editor at the editorial office for domestic politics and deputy managing editor of the Slovenian Press Agency. Following this, he became managing editor of RTV Slovenia's Multimedia Centre until 2012. From 2012 to 2014 he was editor of the news programme Danes at Planet TV. He then helped in the establishment of the Nova24TV portal and television as managing editor. He also founded and managed a tourism company that markets herdsmens' huts at Velika planina.