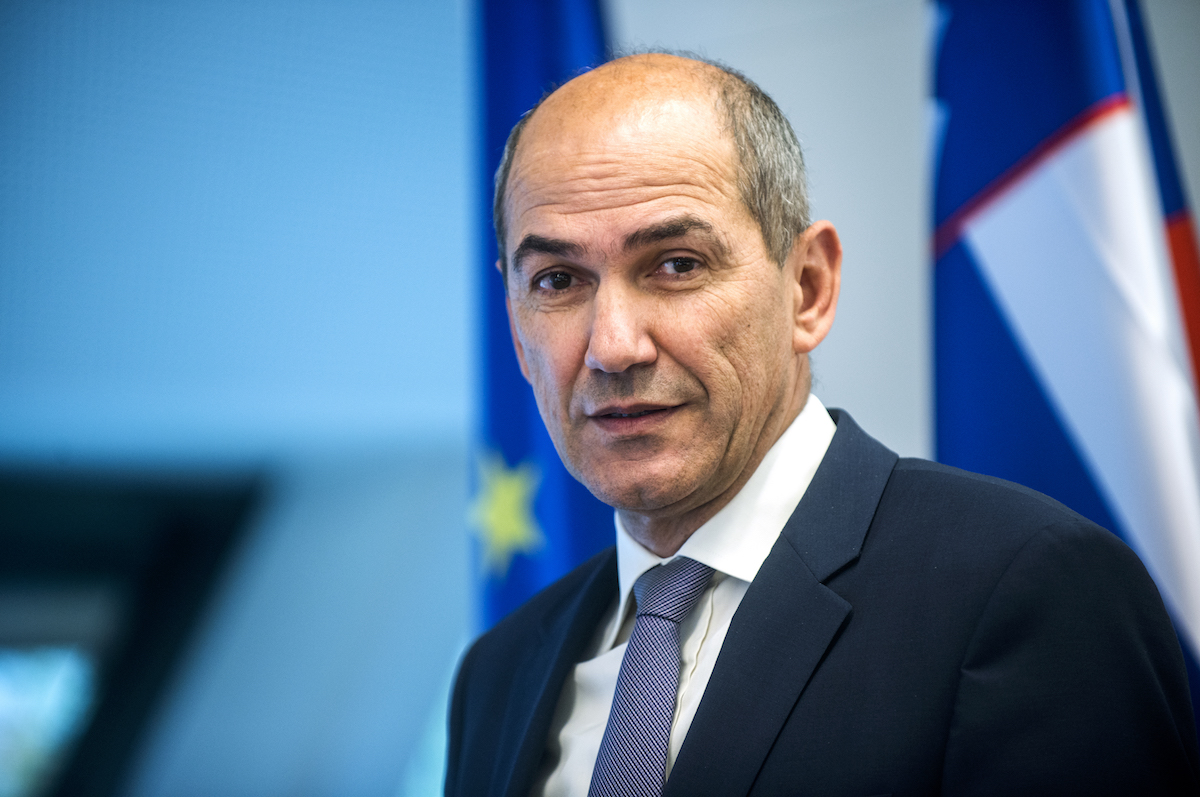 Date and place of birth

2020: At the session of the National Assembly on 3 March 2020, Janez Janša was elected as the 14th President of the Government of the Republic of Slovenia.

2018: In the early election on 3 June 2018, Janez Janša was re-elected as a deputy. He was elected in the electoral district of Grosuplje and received 7,020 votes or 39.3%, the largest share of all candidates in the country. The Slovenian Democratic Party (SDS) won the election by receiving 24.92% of votes and gaining 25 seats out of 90 in the National Assembly.

2017: At the 11th SDS Congress in Maribor on 20 May, Janez Janša was decisively re-elected as the party's president.

2014: In the early election on 13 July 2014, Janez Janša was re-elected as a deputy. The SDS received 20.71% of votes and gained 21 seats out of 90 in the National Assembly. During the election campaign, the party's president was incarcerated following a political show trial related to the Patria affair; Janez Janša thus became the only political prisoner in the European Union. Today it is clear that the Patria trial was politically motivated and served to destroy or severely weaken the SDS and remove its president from politics. Moreover, during the confirmation of terms of office, the governing coalition at the time unconstitutionality and unlawfully revoked Janez Janša's deputy status. Later, the Constitutional Court unanimously annulled the Assembly's revocation.

2011: In the early election on 4 December 2011, Janez Janša was re-elected as a deputy. The SDS received 26.19% of votes and gained 26 seats out of 90 in the National Assembly. On 28 January 2012, after having received the mandate to form a new government, Janez Janša was elected as the 10th President of the Government of the Republic of Slovenia with 51 deputy votes.

2004–2008: Prime Minister of the Republic of Slovenia, elected on 9 November 2004 with 57 deputy votes out of 90. President of the SDS as the largest parliamentary party with 29 deputies in the National Assembly.

On 19 November 2007, the National Assembly of the Republic of Slovenia held a vote of confidence called by Prime Minister Janez Janša in relation to the forthcoming Slovenian Presidency of the Council of the European Union and reconfirmed the Government's term of office.

The Slovenian Government's key achievements between December 2004 and December 2007 include measures that have directly affected the lives of the Republic of Slovenia's citizens and have brought about exceptional economic success, a higher rate of employment and the lowest ever unemployment rate. Most of the measures defined in the Framework of Economic and Social Reforms for Increasing the Welfare in Slovenia and improving the standard of living have been implemented, ranking Slovenia among the most successful EU Member States in achieving the objectives of the Lisbon Strategy. The Government has regulated taxes and eliminated many administrative barriers in a modern, internationally comparable and socially sustainable manner. Measures designed to ease the burden on the economy and increase competitiveness in domestic and foreign markets have been adopted.

2000: Minister of Defence from June to October. Achievements: preparation of the second action plan for full NATO membership, realistic assessment of the implementation of the basic development programmes of defence forces for the 1994–2003 period, adoption of a plan for their partial restructuring that was to be completed between 2000 and 2003, and introduction of the right to spiritual care for members of the Slovenian Armed Forces.

1997–1999: Deputy and President of the SDS, head of the Slovenian parliamentary delegation to the North Atlantic Assembly (NAA).

1990–1994: Minister of Defence. Achievements: formation of the first Slovenian Armed Forces, which, together with the Slovenian Police fended off the aggression of the Yugoslav Army in June 1991 and proclaimed independence.

1993: Elected President of the SDS for the first time.

1988: Arrested by the Slovenian secret political police (SDV) on account of his dissidence, detained in custody and tried before a military court without the right to legal representation, sentenced to 18 months in prison.

1987–1989: Co-founder of MikroAda, a computer company functioning as a technical base for dissident activities (printed the Working Paper for the Constitution of Slovenia).

1983–1986: Active political opposition to the Communist system via activities in newly emerging pacifist and environmental movements, writing of critical articles for the publications Mladina, Problemi and Časopis za kritiko znanosti (the Journal for the Criticism of Science), in which he discusses certain politically sensitive topics (political pluralism, conscientious objection, cooperation of the SFRY with dictatorships, use of Slovenian in the armed forces).

1982: Appointed President of the Committee for Basic People's Defence and Social Self-Protection as part of the youth organisation Alliance of Socialist Youth of Slovenia (ZSMS). He was dismissed early and lost any possibility of employment due to his critical writings on the Yugoslav People's Army (JLA).