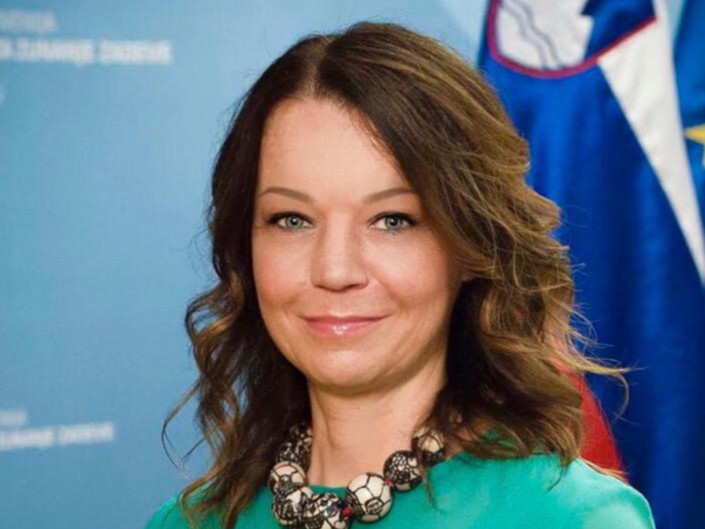 Simona Leskovar serves as Ambassador Extraordinary and Plenipotentiary of the Republic of Slovenia to the United Kingdom of Great Britain and Northern Ireland, since 22 September 2020.

Previously, from September 2018 to December 2019, she held the position of State Secretary at the Ministry of Foreign Affairs of the Republic of Slovenia.

Prior to this appointment, she served as Ambassador of Slovenia to Japan and non-resident Ambassador to the Republic of Korea for three years. Before her posting in Tokyo, she was head of State Secretary's office at the Ministry of Foreign Affairs and Director of Young Bled Strategic Forum 2015. In August 2013, the Government of Slovenia appointed her as national Responsibility-to-Protect Focal Point.

Between November 2008 and November 2012, Ambassador Leskovar was Deputy Permanent Representative at the Permanent Mission of Slovenia to the United Nations in New York and member or head of several Slovenian delegations and missions to various conferences and events within the UN.

From 2005 to 2008, she held various positions in the Cabinet of the Foreign Minister. As Minister Counsellor, she was responsible for the preparation and Slovenian presidency of the General Affairs and External Relations Council and served as adviser to the State Secretary. Between 2001 and 2004, she served as political adviser at the Embassy of the Republic of Slovenia in Washington DC.

Joining the Foreign Ministry as a Government scholarship student in early 1997, Ambassador Leskovar is a career diplomat with more than twenty years of service in Slovenian diplomacy. She studied international relations at the Faculty of Social Sciences, University of Ljubljana, and at the Netherlands Institute of International Relations Clingendael in The Hague.

Ambassador Leskovar initiated the MFA programme 'Young Ambassadors', a mentoring project that is organized together with foreign female Ambassadors in Slovenia, and aimed at encouraging young women to consider a career in diplomacy and international relations.

She is fluent in English, and also speaks German, Spanish and Italian. She's an avid runner, cyclist and climber.

Ambassador
Embassy of the Republic of Slovenia in London