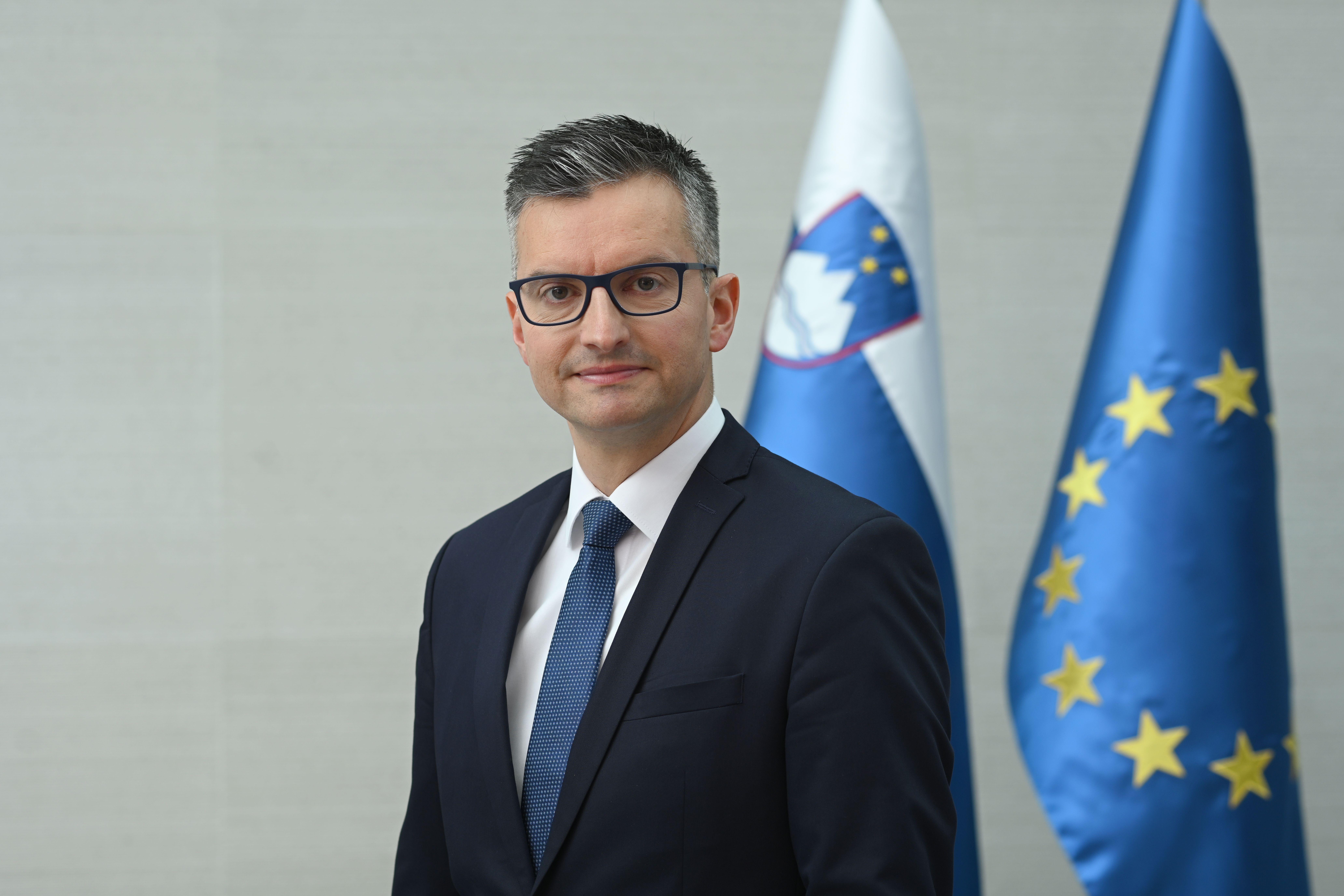 Marjan Šarec, born 2 December 1977, is a university graduate in acting. Soon after graduating from the Academy of Theatre, Film, Radio and Television, he started learning the ropes at RTV Slovenia, where in 2005 he was officially employed as a reporter and editor.

In 2010, he was elected Mayor of the Municipality of Kamnik and held such office for two terms. On 17 August 2018, he became Prime Minister of the Republic of Slovenia and led the first minority government in the history of Slovenia from 13 September 2018 to 13 March 2020.

As the Prime Minister, he devoted special attention to healthcare, the economy and national security, working in dialogue with social partners and professional associations.

In 2019, his Government drafted the Resolution on the National Security of the Republic of Slovenia, which was adopted by the National Assembly. On his proposal, the Minister of Defence prepared a White Paper on Defence. With additional financial resources, his Government countered the downward trend in defence expenditure, increased investments in the equipment, armament and training of the Slovenian Armed Forces and in military infrastructure with the aim of building capacities that will be useful for both civilian (protection and rescue) and military purposes.

Since March 2020, he has led the hitherto largest opposition party, the List of Marjan Šarec.