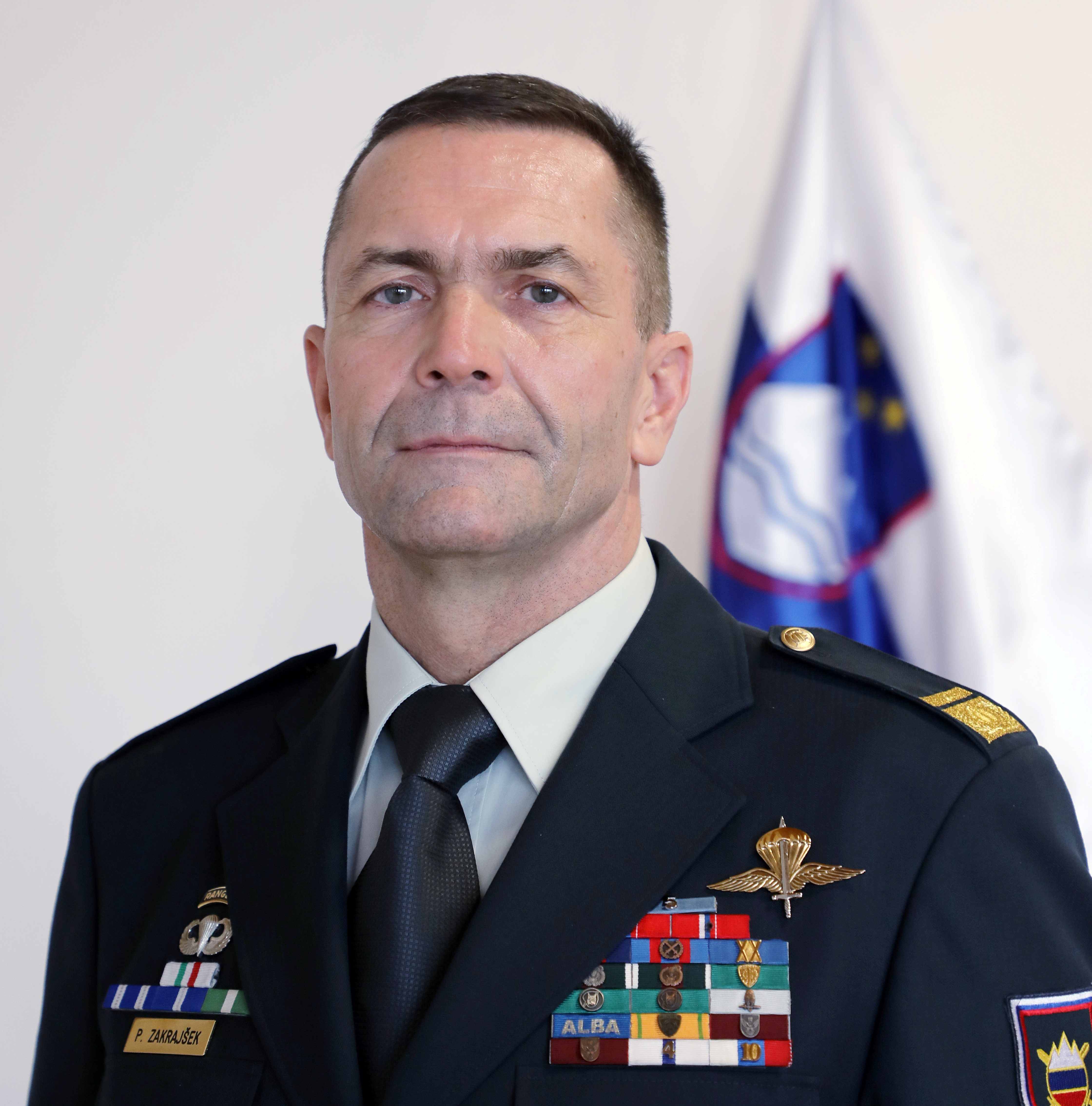 Brigadier General Peter Zakrajšek was born on 25 June 1965 in Ljubljana. In 1991, he voluntarily participated in Slovenian War of Independence as platoon commander. In 2020, he was promoted to the rank of brigadier general.

Brigadier General Zakrajšek joined the Slovenian Armed Forces in 1992. In 1994, he was the first Slovenian officer to be sent for a year to leadership infantry training in USA. Up until then, he had carried out various staff duties at the Republic Headquarters of the Slovenian Territorial Defence. Having completed his training, he dedicated himself to the activities of the Slovenian Armed Forces in the framework of the NATO Partnership for Peace. In 1996, he led the setting up of the 10th Battalion for International Cooperation and spent a month acquiring experience as a FINBAT guest in the UNIFIL mission.