Gašper Dovžan, State Secretary at the Ministry of Foreign Affairs 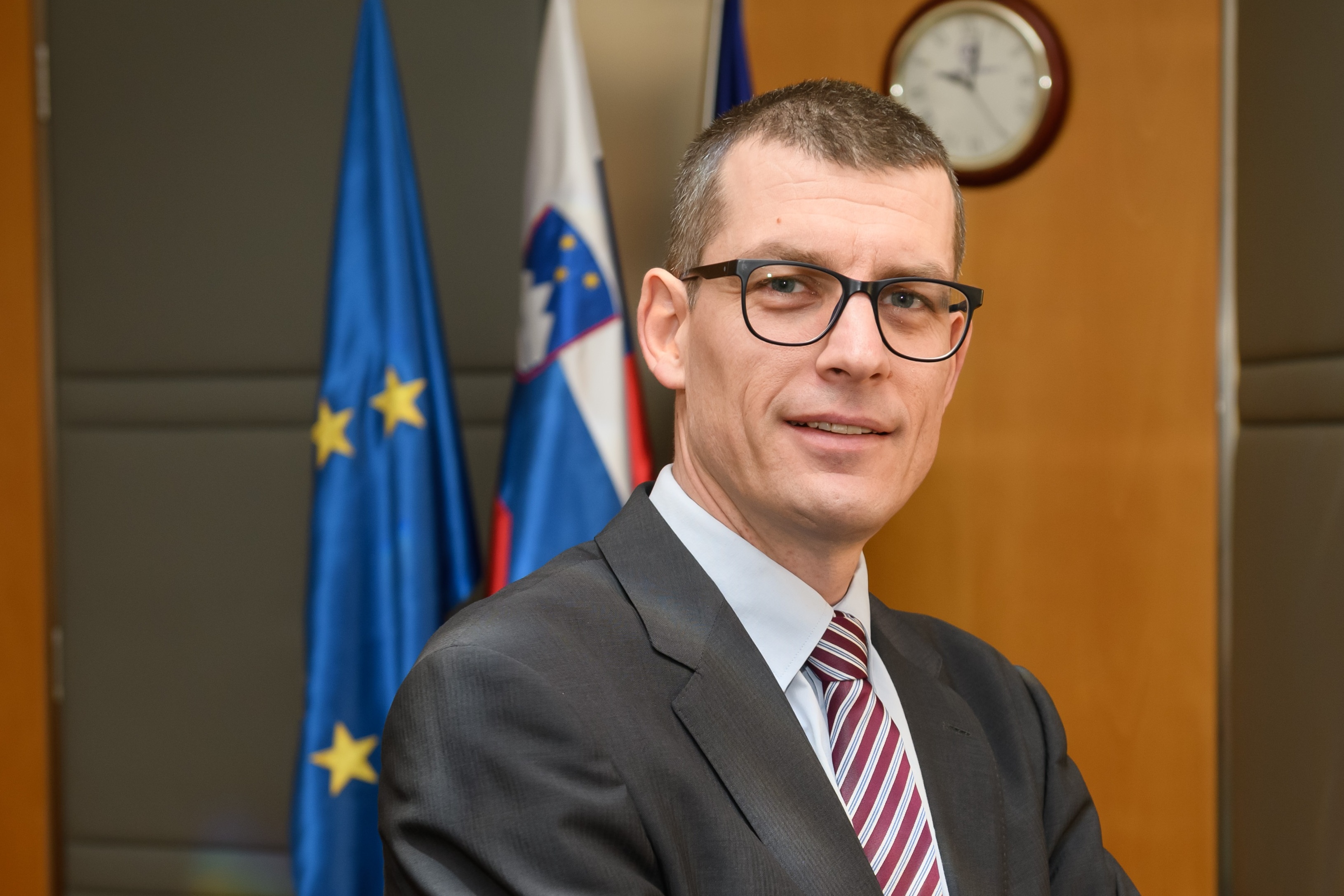 Gašper Dovžan, born on 16 September 1976, graduated in Law from the University of Ljubljana in 2000. He pursued his studies in Berlin, where he obtained a Master of Science degree in European Studies in 2002. He passed the National Bar Examination in 2011.

He joined the Ministry of Foreign Affairs in 2000. Between 2002 and 2004, he worked as a Legal Adviser to the Delegation of the Government of the Republic of Slovenia at the Intergovernmental Conference on the Treaty establishing a Constitution for Europe. Between 2004 and 2008, Mr Dovžan served as adviser for international relations in the Office of the Prime Minister and was involved in the Slovenian Presidency of the Council of the EU in the first half of 2008.

In 2012, he advised and assisted the Prime Minister on European and foreign policy issues. He previously worked in the Economic Diplomacy Directorate of the Ministry of Foreign Affairs. In spring 2013, he was appointed acting director of the Government Office for Legislation. Between autumn 2014 and July 2017, he was Deputy Head of the Slovenian Embassy in Berlin. Between August 2017 and March 2020, he worked in the Department for General and Institutional Affairs of the Directorate for EU Affairs the Ministry of Foreign Affairs. He covered institutional matters and coordinated the work related to the European Council. In autumn 2019, he became Head of Department. In 2020 he was appointed deputy head of the special Government project “Slovenian Presidency of the Council of the European Union 2021”, and in the second half of 2021 co-chair of the Executive Board of the Conference on the Future of Europe.

Mr Dovžan previously worked for Petrol d. d., the leading energy company in Slovenia, and completed his judicial traineeship at Ljubljana Higher Court. He lectured on constitutional law at the European Faculty of Law in Nova Gorica and at the Graduate School of Government and European Studies in Brdo pri Kranju. He also published numerous articles and essays on constitutional, EU and human rights law.

He speaks English, German and basic French. He also understands Croatian and Serbian.

Mr Dovžan is married and father of two daughters and one son.