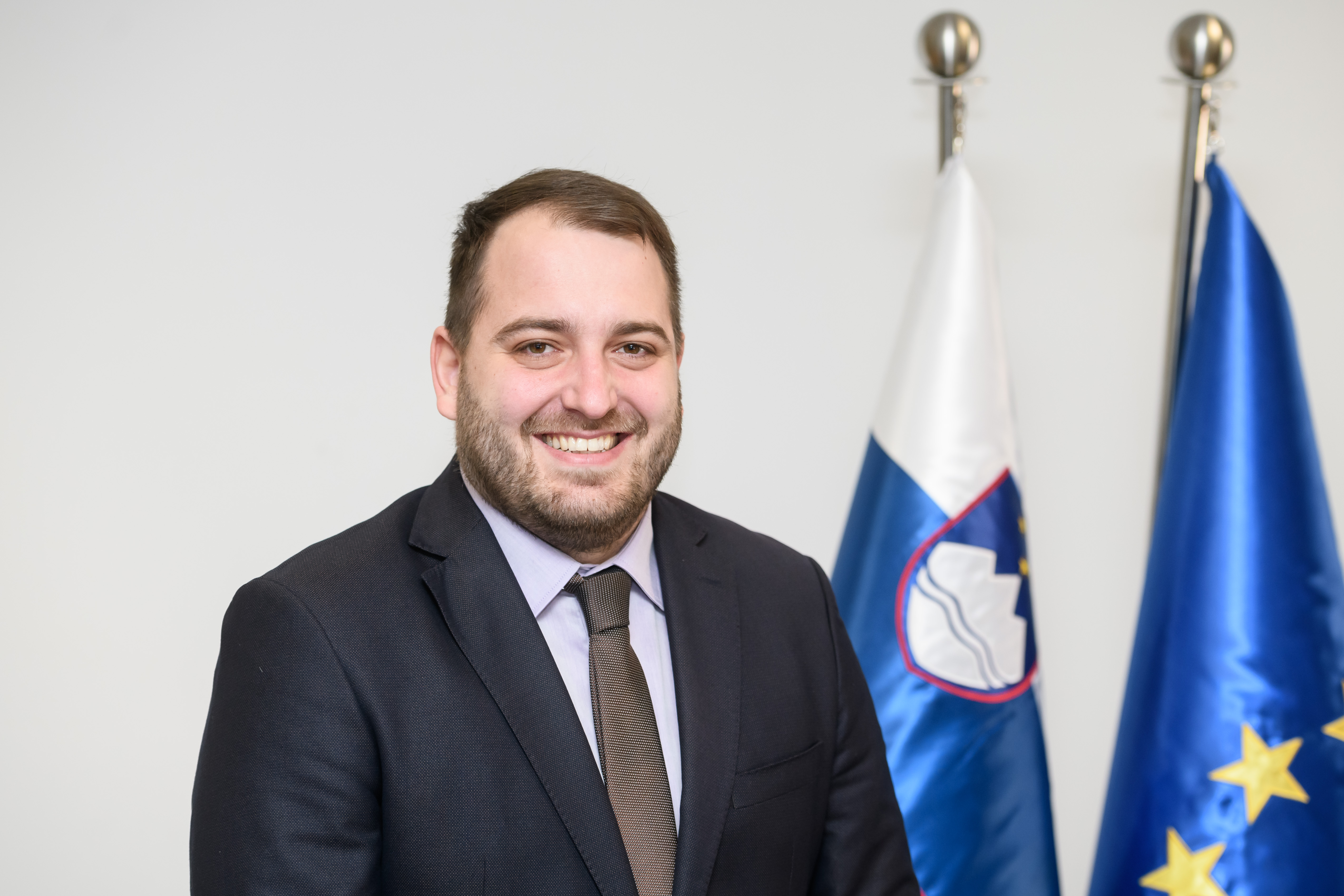 Andrej Čuš was born on 29 July 1990 in Maribor and lives in Ptuj. After completing the High School of Business in Ptuj, he did his undergraduate and graduate studies (1st and 2nd Bologna cycle studies) at the Faculty of Applied Business and Social Studies and gained the title of Master of Intercultural Management. He is currently completing his doctoral studies, and for a certain period he was also a Zois scholarship holder. He has been State Secretary at the Ministry of Economic Development and Technology since 22 March 2021.

At the end of his term of office as a deputy in the period 2014-2018, he found employment in the commercial sector, where he had already gained experience while working in the family business during his high school and university student years. In this period, he was also a sole trader and obtained further experience as a member of the supervisory board of Public Services Ptuj d.o.o.