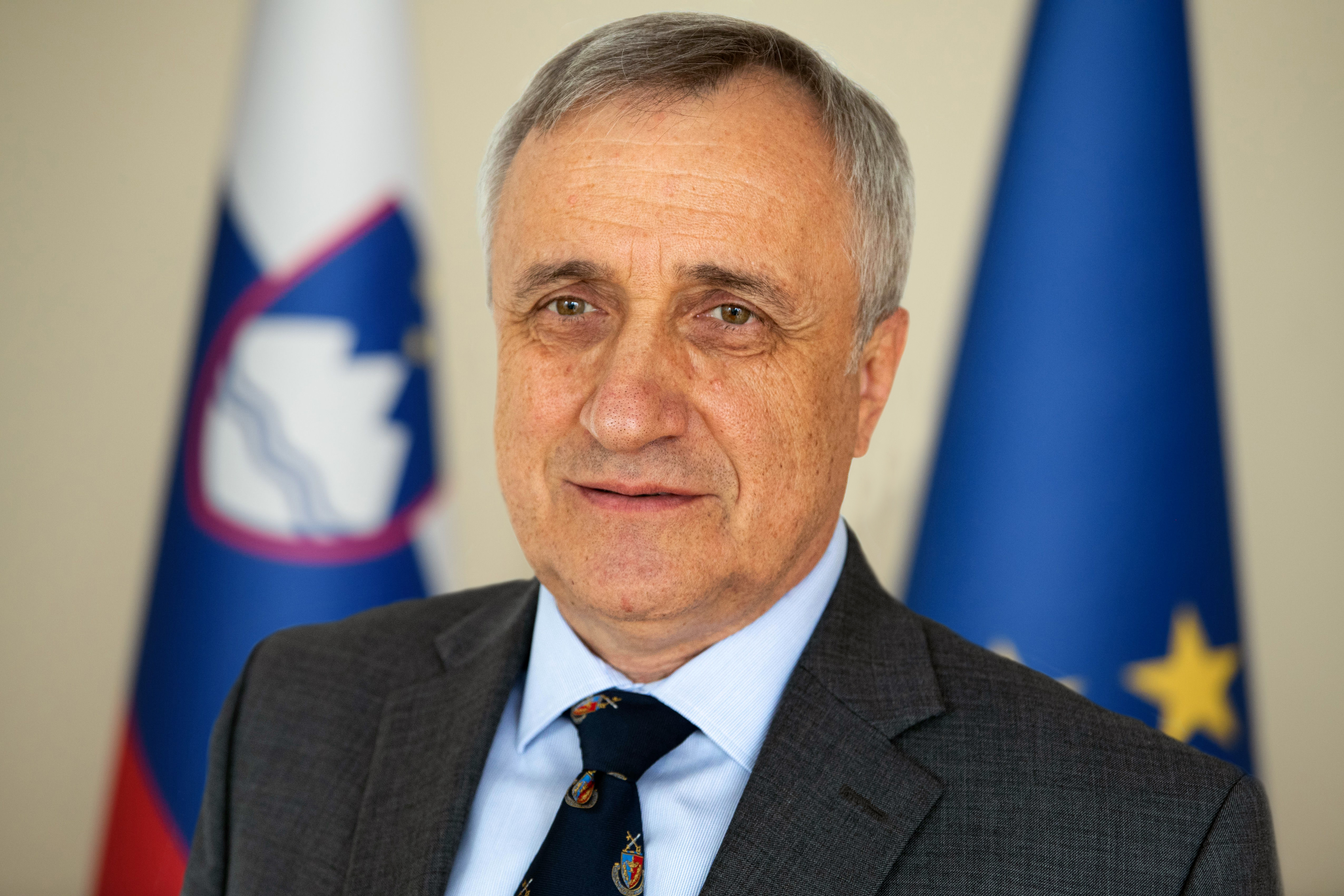 Brigadier General Bojan Pograjc was born in 1961 in Ljubljana. He holds a university degree in political sciences (defence studies) from the Faculty of Social Sciences, the University of Ljubljana, and a Master of Science degree in national security strategy from the National War College of the National Defence University in the United States. He also completed the Defence Resources Management Course at the Defence Resources Management Institute at the Naval Postgraduate School in the United States, the Advanced Logistics Officers’ Course at the US Marine Corps University, General Staff military education and training at the Command and Staff School of the Slovenian Armed Forces (SAF), and the Generals, Flag Officers and Ambassadors' Course at the NATO Defence College.

He started his military career as reserve officer, the commander of the air defence platoon of the protection unit of the Republican Staff of the Slovenian Territorial Defence. After 1991, he held a position at the Logistics Directorate of the Ministry of Defence for a short period and then performed command and staff duties at all command levels in the Slovenian Armed Forces. He was assigned as Commander of the 1st Brigade, Commandant of the SAF Doctrine, Development, Education and Training Command and served as Chief of Staff of the SAF General Staff. In 2000, he was State Secretary at the Ministry of Defence, responsible for NATO, defence logistics and the SAF; in 2012, he was appointed Deputy Commander of NATO-led Kosovo Force (KFOR), where he served for 13 months.

He was promoted to the rank of Brigadier General in 2006 and since 2009 has performed duties in the acting rank of Major General.

He received numerous decorations at home and abroad, among others the Order of General Maister, the Order of the SAF, the Legion of Merit of the United States Armed Forces, and the Badge of Honour for Outstanding Deeds of the Federal Defence Forces of Germany.