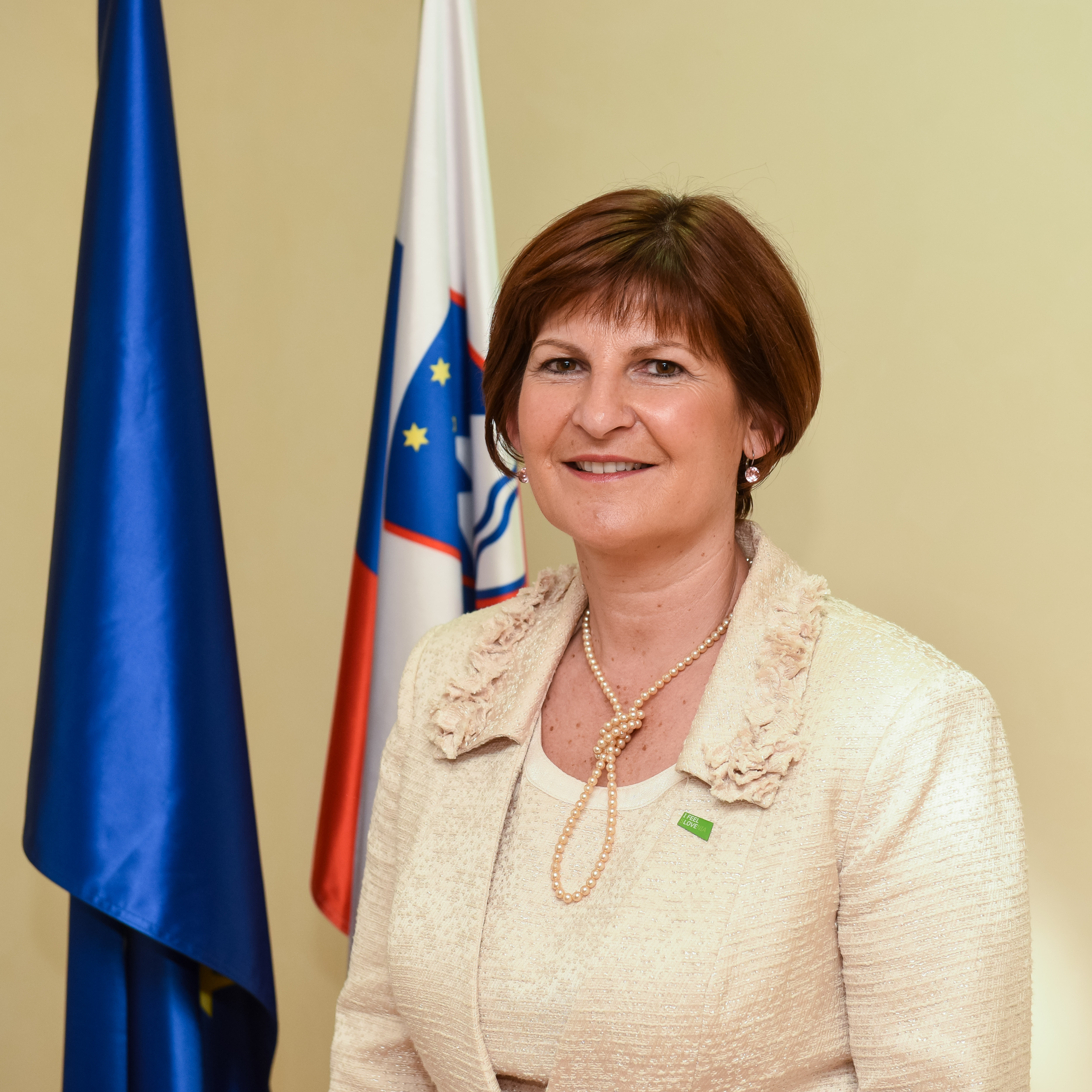 Ms Eva Štravs Podlogar, born on 18 August 1962, is a university economics graduate who has been employed with the Ministry of Economic Development and Technology since May 2015, when she was appointed Director General of the Directorate for Tourism and Internationalisation.

As Director General of the Directorate for Tourism and Internationalisation, she was responsible for the preparation of strategic development policies and legislation in the field of tourism, internationalisation and foreign direct investment, for promoting the competitiveness and promotion of the Slovenian economy, especially abroad, and for improving the business conditions for Slovenian companies in international markets, which is implemented as part of trade policy activities. She was the President of the Board of the Slovenian Tourist Board and the public agency Spirit Slovenia, and the Chairwoman of the International Trade Promotion Commission at SID Bank. As a permanent member, she represented Slovenia's positions in the EU Council's Trade Policy Committee in Brussels.

She actively participated in numerous international meetings, worked closely with the Ministry's implementing institutions, and coordinated the Directorate's actions with several stakeholders at national, regional and corporate levels.

Before that, she was Managing Director of Tourism Bled, the institute for the promotion of tourism, responsible for its management and operation and for the strategic development of this extremely important Slovenian tourist destination for almost fifteen years. As part of this office, she also headed the Gorenjska Regional Destination Organisation in the period from 2011 to 2015. She also gained experience in the commercial sector as an assistant to the Managing Director of Elan Commerce.